To whom is passionately looking for new “epiphanies” of beauty to donate to the world of art.
John Paul II, Letter to the artists

The view from the Temple Mount in Jerusalem can leave people breathless.
I do not only refer to the consciousness perception of the either Christian, Jew or Muslim believer that by visiting the holy city is touched by his faith. The familiarity of the landscape goes hand in hand with the more or less known violent impact of history.
From the Temple Mount it is possible to see the graves on the entire way that leads to Palestine up to the city wall which embraces the old town and, right behind it, the symbols of the three monotheist religions. Islam, Hebraism and Christianity find themselves on the same wall which is both the beauty and the incoherence of Jerusalem.
Between the holy Christian Sepulchre and the western wall commonly known as the wailing wall, there is a golden dome which is the place where Mahomet ascended into heaven and it is the oldest Islamic edifice ever built.

The dome of the Rock, dated 691, was built according to the architecture of  the Bisanzio buildings which themselves inherited their characteristics from the Roman architecture. From Saint Sophia (Hagia Sophia) to the architectonical masterpiece of the church of Santa Sapienza in ancient Constantinople; the Byzantine art developed itself on the style of the Roman Empire but with an emphasis on the aesthetics representation by trying to minimize the distractions of the believer. The lines and the characters abandon naturalism and start to become more solid and regular. This applies to painting as well as to architecture where there is a perfectionism on the style of the domes. There is the aim to reach perfection and not to make changes.
In architecture, the iconography of the sacred keeps unchanged. Bringing architecture to religious buildings strengthened the planning principles but innovation is not contemplated. The exceptions like, for instance, the chapel of Notre Dame du Haut in Ronchamp by Le Corbusier have not modified the structural asset of the sacred building.

Iconography wins over the time.
The long debate around the state of being contemporary of the religious architecture has seen as its protagonists the bishop Ravasi. This debate questions art: how can representation of the sacred be contemporary if the iconographic approach is completely outdated?
First of all, sacred art should care less about being contemporary but it should approach history in a more diachronic rather than synchronic way. In this manner, the contradiction between “ancient and contemporary” could be avoided.
The dilemma mentioned above is present in Roberto Perotti, who is a painter with long vocational training and of good quality even if he is not yet known to the public in the way he should be.
He is an intellectual artist, busy with very ambitious projects; for instance, he is a member of the association PLEF (Planet Life Economy Foundation). It is an organization where managers, businessmen and professionals come together to work on sustainable development. Moreover, Roberto Perotti is the president of Ars Inter Populos which is an association based on the interaction between different cultures with the aim to create communication between diverse and distant opinions on the interpretation of the sacred.
The symbol of the above mentioned noble mission is the dome which is the pictorial character preferred by Roberto Perotti. The dome has an architecture that repeats itself in the Christian, in the Orthodox and in the Muslim religion following an aesthetic consciousness which goes through the past but only next to philosophical concepts can look at the future and open to it.
The use of gold as Yves Klein does, confirms the divine nature of the characters who loose gravity coming away from the religious building.
Domes float on  the space, together with much more simple geometrics like semi-circles, lines and gestures. As Klein does, the golden circles of Roberto Perotti are more spiritual than sacred. The mystic aura is more in the eyes of the observer rather than in the representation.

The pictorial style of Roberto Perotti originally comes from the Informal mixed with the Italian Naturalistic (concept dear to Francesco Arcangeli) and with the immediacy of action painting by Jackson Pollock (on smaller dimensions). Moreover, its style also gets inspired by the Eastern world (It is impossible not to mention some artists from the Gutai Group, in particular way Shozo Shimamoto, who often come to Genoa for exhibitions and happenings.
From Japan, Perotti inherits the dualism between the opposites, in particular way in regard to colours: for instance, the white and the black colours of his backgrounds remind the Yin and the Yang from the ancient Chinese Philosophy. The day that becomes night and the night that becomes day. Perotti considers himself belonging to the group of gestural painting that never ignores elegance and balance. The other artists that also belong to this group are: Mathieu, Scanavino, Hartung and Hsiao Chin.
The paintings show a rhythm that results very precise and controlled. It can be seen the expressive form called psychic automatism which according to Andrè Breton is the thought freed from any control exercised by reason, exempt from any aesthetic or moral concern. It represents the more experimental and avant-garde phase of surrealism. The Psychic automatism described by the French theorist, poet and philosopher is visible in Perotti’s painting where the sensation prevails over the control of the gesture. What is rational is instead the accurate choice of the characters: the domes, which are the symbol of the decrease in the witness of the sacred. Therefore, the dome which is the most relevant character in Perotti’s painting creates a bond with reality. At the same time the dome becomes the symbol of a more “conceptual” art. Roberto Perotti’s painting is not only related to the thought but it takes over reality in order to enrich abstraction with the value of truth: his painting is characterized by the thought enriched with meaning and subjectivity.
In the perceptual sense, the dome is the place where the power and the flux of energies are canalized within its perfect centre. Moreover the dome is also as a figurative form, the ampulla, the womb where life has its begin. Its architecture is welcoming; it reminds of a cave or of an igloo that identifies a place where to take refuge. According to the artist it is one of the possible ways to represent the mystery of life which is an archaic human feeling that cannot be removed unless there will be an impoverishment of feelings. 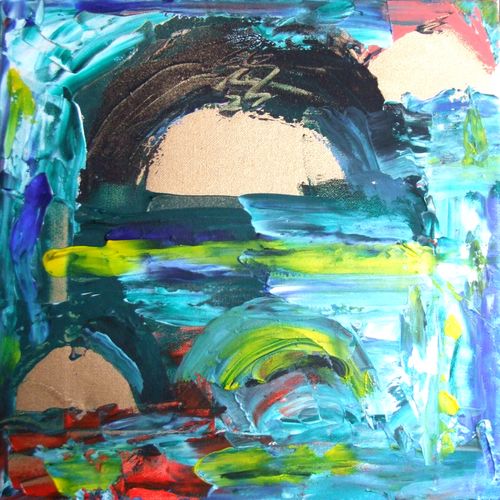 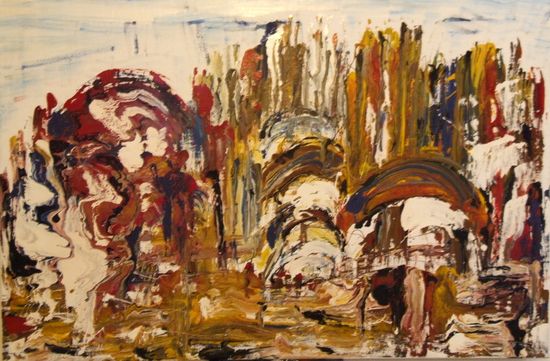 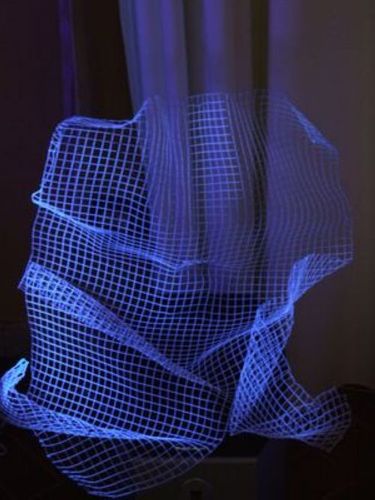 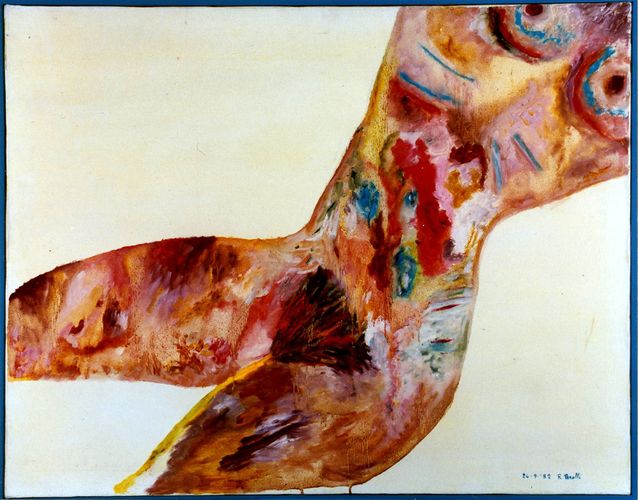 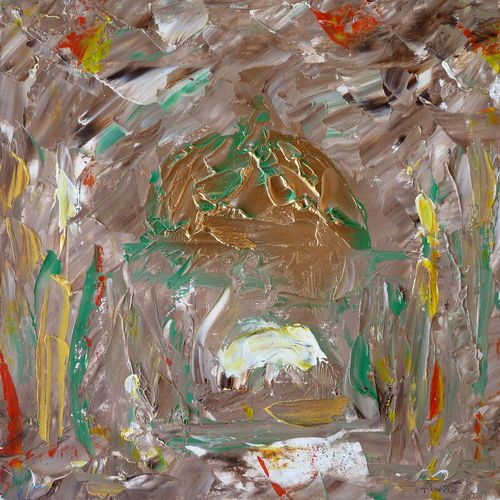 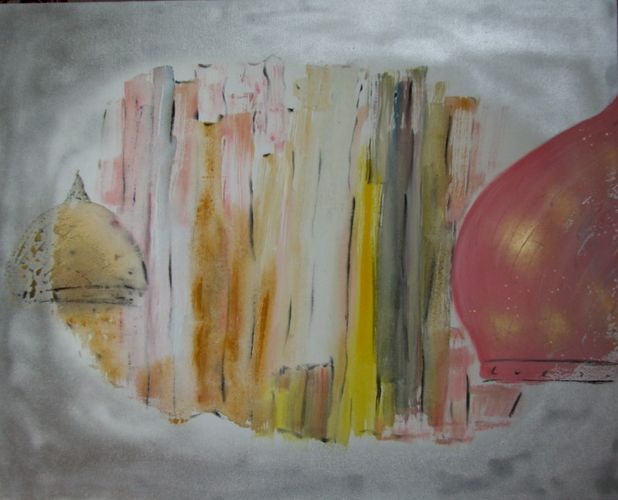 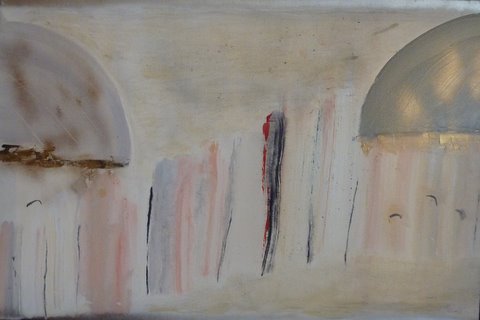 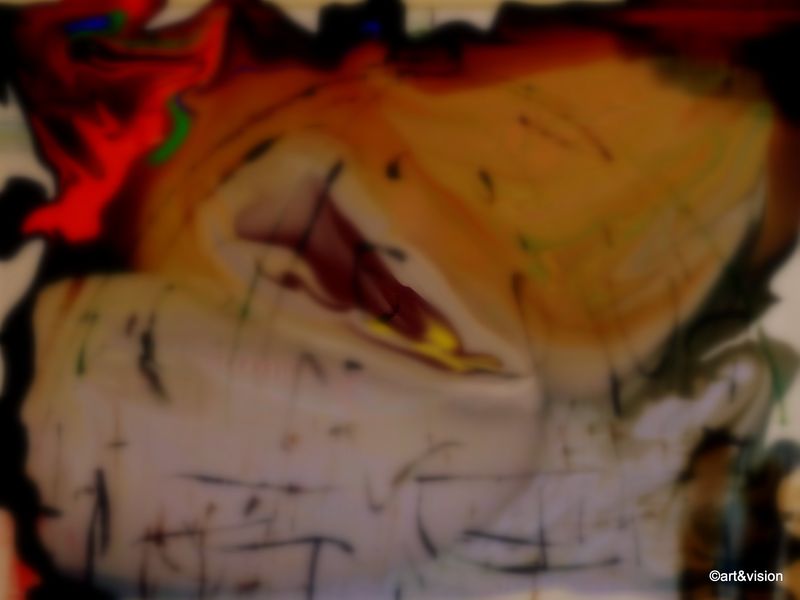 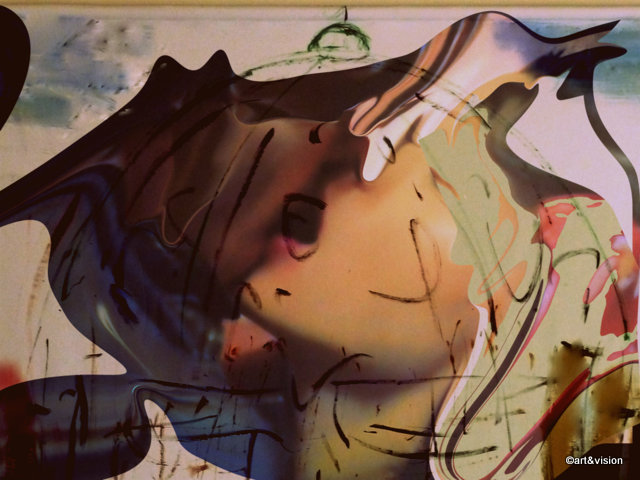 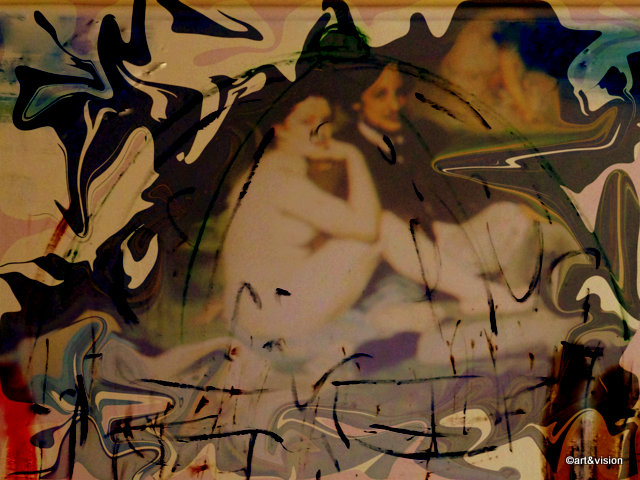